Is your child (or student) having a hard time learning the alphabet?  Are those letters just not "sticking?" Does your child seem to know a letter one day, and then forgets it the next day- or even just a few minutes later? In this post, I will share my most recently developed techniques for helping kids learn and remember the alphabet. 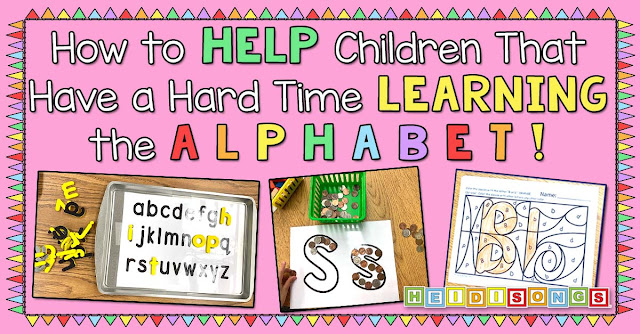 During the past 30 years as a teacher, I have tried many things for all of the different types of learners that I’ve had. One thing that I would highly suggest is that you have your child's eyes checked, just in case you have not yet done that. I know that most schools have their school nurses do this, but I would suggest that a nurse is really not an optometrist, nor is he/she an ophthalmologist. I wrote about one little guy with vision issues in my post, Tips for Teaching the Alphabet to Struggling Learners. 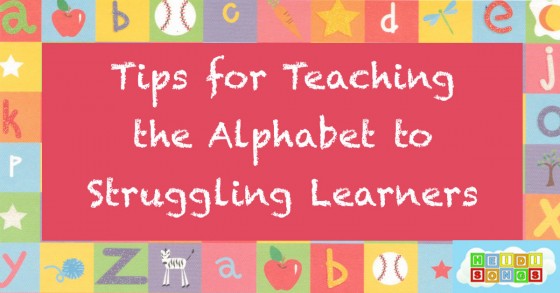 In that post, I shared that I had been teaching one child that had had such a difficult time learning the alphabet! I was CERTAIN that there was something wrong with his vision, but the school nurse said he was fine. The reason that I thought he had a vision problem was because when we worked with large flash cards, (like one BIG letter on an 8.5” x 11” page) I could see that he was learning. He knew the names of some of the letters that I worked so hard to teach him- after a few months of practice. BUT- when we switched to letters that were in about a 36 pt font, he couldn’t do ANY. (Hint: 36 points in a font is pretty big!) I had asked his mom to take him to the optometrist, and she said that she did, and she told me that the optometrist had said that he was fine. However, when I saw him the following year in first grade, he was wearing the BIGGEST, THICKEST, GLASSES YOU EVER SAW!!!! So, perhaps the doctor she took him to actually missed it, or maybe there was a lack of insurance to actually take him? I suppose I will never know. I happened to pass his mom in the hallway a few days later, and asked her about the child’s glasses, and said that he had an astigmatism, but did not elaborate any more. 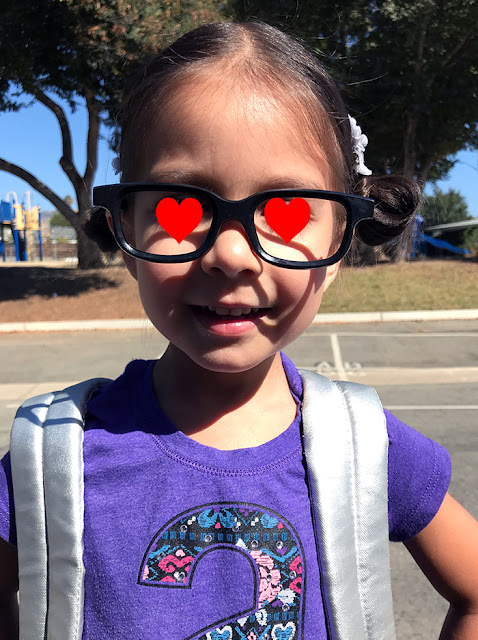 Since then, I’ve also learned about a special kind of optometrist, called a Developmental Optometrist. They help kids that are struggling with their school work by doing vision therapy if the child needs it. Sometimes, a child may test out at 20/20 vision, but still have vision problems. Sometimes the two eyes are not working in tandem together well, and the child just needs to do some vision exercises. A lot of time, they tell the parents what to do at home, and then the parents take it from there.

ALSO- The newest, best way that I have found is giving kids magnetic (or at least plastic) letters, and having them match them to the same letters on a board (or cookie sheet!). We did this LOTS of times, and had them sing the ABC song and try to identify the letters as they did it. You can find my Cookie Sheets for letters on TPT here! 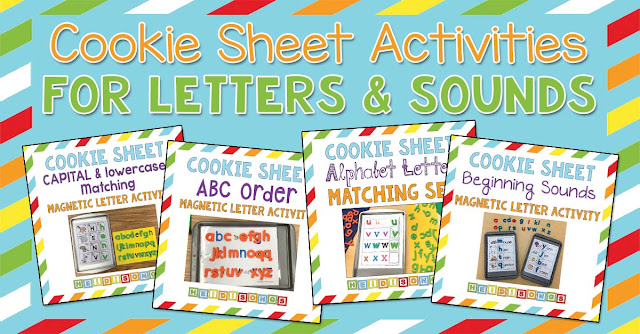 And here for my CVC version on TPT! 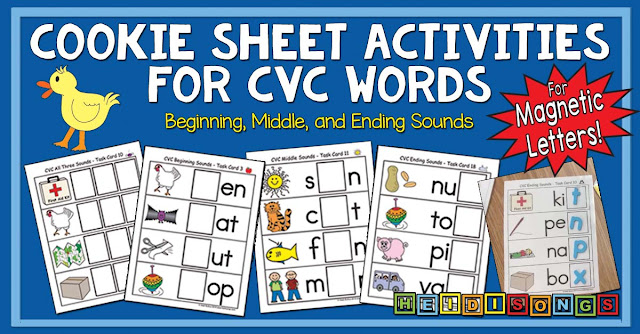 These two activities seemed to make SUCH a difference to my kids, particularly when I sat with them and asked them to tell me what the letters were.  In fact, I had two little boys that started coming to my TK class from Kindergarten because after a whole trimester, they had made NO progress learning the alphabet whatsoever. When I started doing these activities with them so that they could FEEL the letters, everything changed.  One little boy couldn’t tell me the names of the letters at all unless I put the letter in his hands and asked him to touch it and take a minute to feel it FIRST.  THEN he was able to tell me! I realized he knew them because I watched him matching up the letters on the alphabet tray, and he was saying the names of many of them to himself as he matched them up!  And this was a child that supposedly knew NONE of them!  So I sat with him and picked up a letter from the tray and asked him to tell me which one it was, and he said he didn’t know. So I put it in his hand, and said, “Touch it.  Feel it. Think about it.  Take your time.” He did, and a few moments later, he told me the letter name! 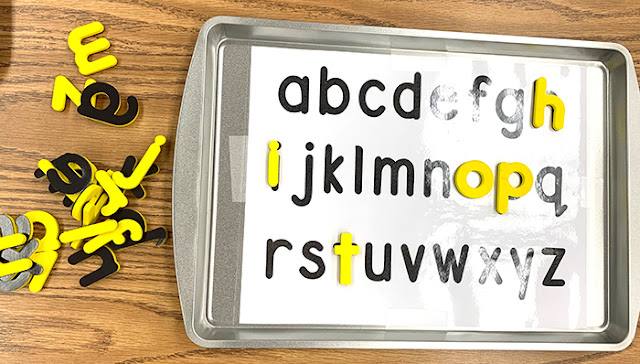 That was a turning point for him, and after that he started to remember more and more letters. We got to the point where he could tell me the letter names without touching them, and now he knows nearly ALL of them- AND the sounds! 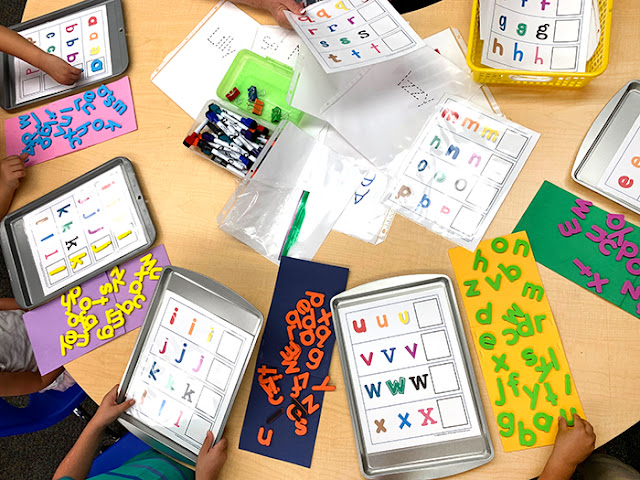 And just in case you are wondering, this is where I got all of the magnetic letters in six different colors- one color per child.  (I get asked that a lot!)

There is another thing that I did this year in TK that I have not done in the past, and this is having the kids build the letter of the week in LOTS of different ways! I think it helped them quite a bit! You can read about it here! 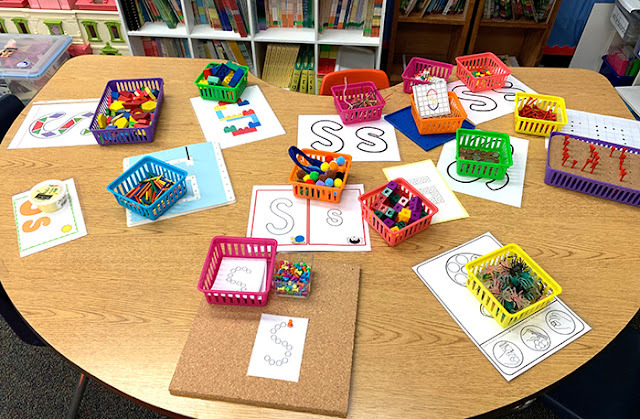 Each Monday, I put out about 10-15 ways to build our letter of the week each week, and let the kids go.  Sometimes they had an adult volunteer with them, and sometimes they did not.  This would be a GREAT activity to do at home, because you could ask your child to repeat the name of the letter over and over again each time he builds it.  That one on one help is something that we cannot always provide in a school situation with lots of kids.  It would be a lot of materials to collect, but it just might be worth it. 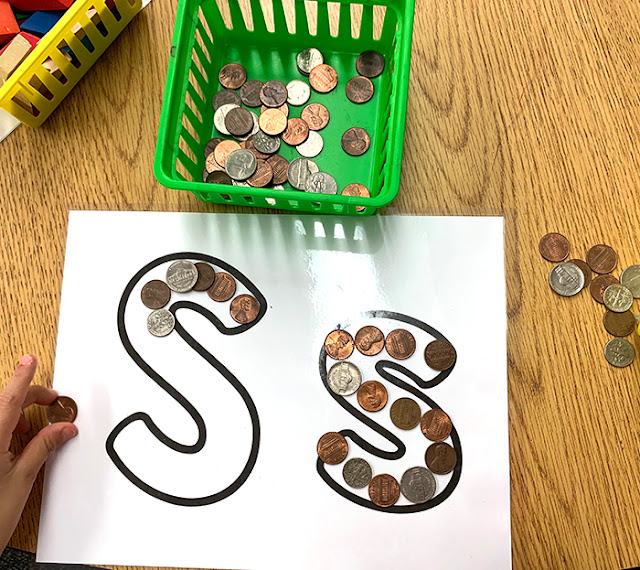 Show Them How to Figure Out the Letter Names by Themselves

And yet one MORE thing that I did with a few students that were struggling was teach them to figure out the name of the letter themselves, rather than just wait for me to tell them. I did this by teaching them to sing the alphabet song and point to the letters on the alphabet line on the wall as they went along until they came to the letter they were trying to identify. 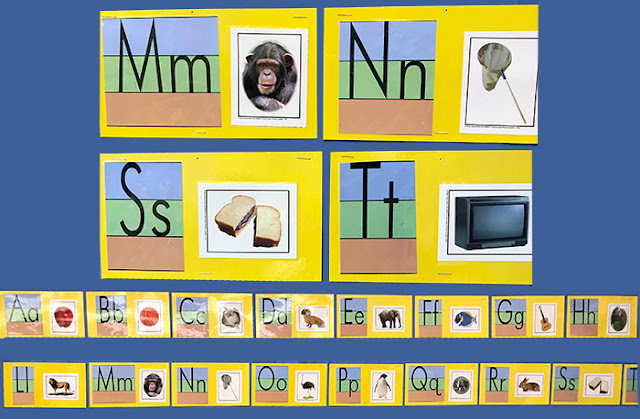 That would tell them what the name of the letter was, as long as they were tracking the letters correctly as they sang. This helped one student in particular decide to try a little harder to learn them, since pointing to the letters and singing the alphabet song over and over wasn’t very much fun!  He wasn’t as motivated to learn when I just told him the answer.

Ask yourself: can this child SEE the difference between to letters that look similar? For example- if you ask your child to find all of the a certain letter, (such as a lowercase a) using a letter to match up to ask an example, can he? This is a skill called Visual Discrimination, and with normal vision, it comes with practice. However, even after practicing this, if your child cannot see any difference between two similar letters, this is something you should consider letting your optometrist or pediatrician know about. 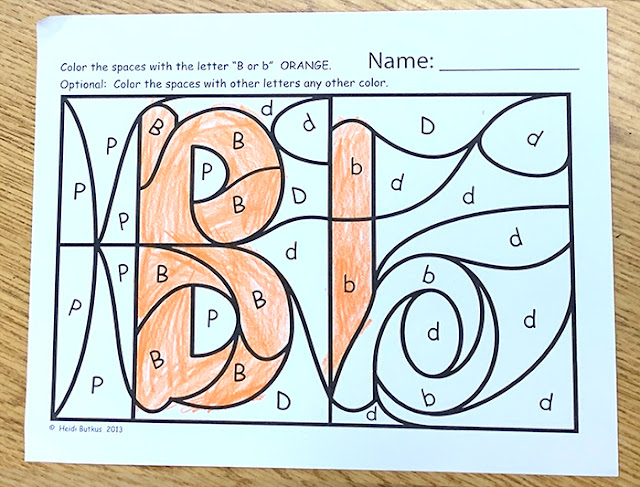 On the other hand, if your child can easily see that two : "look alike letters" are different, but he can't remember the names of them, then you have a different problem.  That is very likely a memory issue. In my opinion, memory issues are harder to solve than vision ones.  The child has to attach a verbal label to a letter that is abstract. You will need to really try hard to MOTIVATE the child to learn, because it will take a lot of effort on his or her part. For example, my brother hired a tutor to help his son, but the child didn't respond to the tutor and they weren't getting results. So, he wondered if the child would be willing to work for a certain toy, and that actually WORKED! My brother ordered the desired toy set, and handed the pieces off to his son as he learned each one.  Pretty smart, right? Just make sure that the letter is in LONG TERM MEMORY rather than short- or you'll be starting over again soon! (Ex. Can he still remember it after if you go on to something else for a week??) 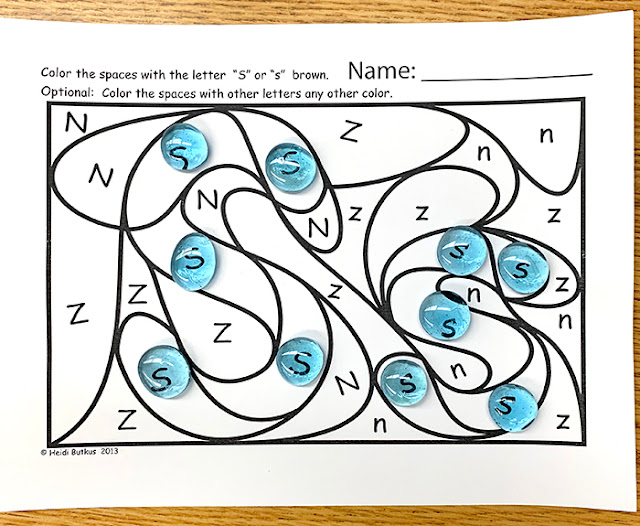 
Links to More Information and Ideas

Kindergarten Reading: What Should Parents Know?


I hope this helps at least a little! Good luck! 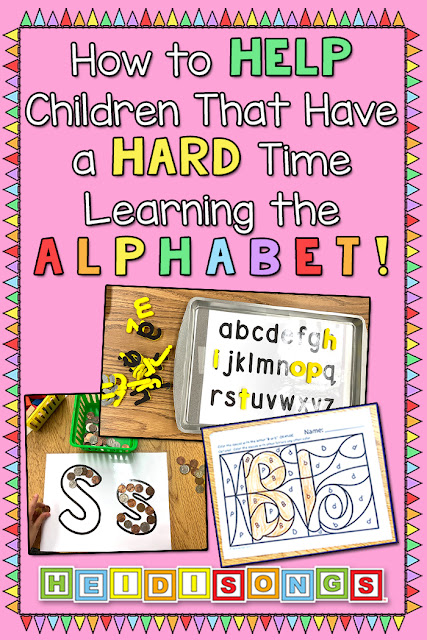 P.S. Don't forget all our videos are available to STREAM on UScreen, FREE for the first 30 days!   It's an awesome way to bring some EASY, active learning to your students during this time, and they can always cancel right before they are ever charged, like on day 29! Check out the info page on our website for more info!